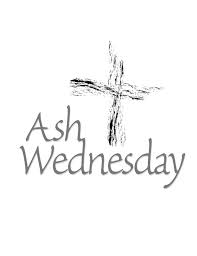 Next Wednesday (1 March) is Ash Wednesday, the first day of the season of Lent.

It is a day of fast and abstinence. Mass including the blessing and distribution of ashes will be celebrated in St Mary’ Church, Cranny on Wednesday at 9.30am and in St Michael’s Church, Kildysart at 8pm.

Christ spent 40 days fasting in the desert, where he was tempted by Satan. Lent originated as a mirroring of this, fasting 40 days as preparation for Easter. Every Sunday is a commemoration of the Sunday of Christ’s resurrection and so as a feast day on which fasting was inappropriate.

Ash Wednesday derives its name from the practice of blessing ashes made from the palm branches blessed on the previous year’s Palm Sunday, and placing them on the foreheads of Christians to the accompaniment of the words “Repent, and believe in the Gospel” or “Remember that you are dust, and to dust you shall return”. A limited number of sick pilgrims will be accommodated in the Sanctuary of Lourdes at a cost of €595. Applications for sick pilgrims only to Fr Tom Ryan, Pilgrimage Director, SS John & Paul Presbytery, Shannon, Co. Clare. Telephone: (061) 364133

Families or individuals often sponsor a family member, parents, or a friend on the occasion of an anniversary or Jubilee with a visit to Lourdes. Sponsorship for sick people is always welcome. For more details, see poster in Church porch and on the Killaloe Diocese website http://www.killaloediocese.ie

World Day of Prayer for the Sick 2017

The  Feast of our Lady of Lourdes ( 11 February) was chosen as the annual day of prayer for and with the sick by Pope John Paul II in 1992.
We will celebrate the feast day with Mass and the anointing of the sick in St Michael’s Church, Kildysart on Friday, 10 February at 8.00pm.
All members of our parish are welcome to attend the Mass and anybody suffering from an illness or old age is welcome to receive the sacrament of the sick.

You may access Pope Francis’ message for 2017 Day of Prayer for the Sick which is centred on the theme of ‘The Lord has done great things for me …’ (Luke 1:49) here

Comments Off on World Day of Prayer for the Sick 2017

We wish to thanks our fiance council for their careful oversight of our finances.

The following is a summary of our 2016 accounts:

The blessing of throats will take place on Friday, 3 February at 6.30pm in St Benedict’s Church, Coolmeen; at 7.00pm in St Mary’s Church, Cranny after 8pm Mass in St Michael’s Church, Kildysart.
Using two crossed, blessed, unlit candles the minister touches the throat of each person using the following prayer of blessing:

Very few facts are known about Saint Blaise. It is believed that he was a bishop of Sebastea in Armenia who was martyred in the early fourth century.

The legend of his life that sprang up in the eighth century tells us that he was born in to a noble family who raised him as a Christian. After becoming a bishop, a new persecution of Christians began. He received a message from God to go into the hills to escape persecution. Men hunting in the mountains discovered a cave surrounded by wild animals who were sick. Among them Blaise walked unafraid, curing them of their illnesses. Recognizing Blaise as a bishop, they captured him to take him back for trial. On the way back, he talked a wolf into releasing a pig that belonged to a poor woman. When Blaise was sentenced to be starved to death, the woman, in gratitude, sneaked into the prison with food and candles. Finally Blaise was killed by the governor.

Comments Off on Friday, 3 February- Feast of St Blaise – Blessing of Throats